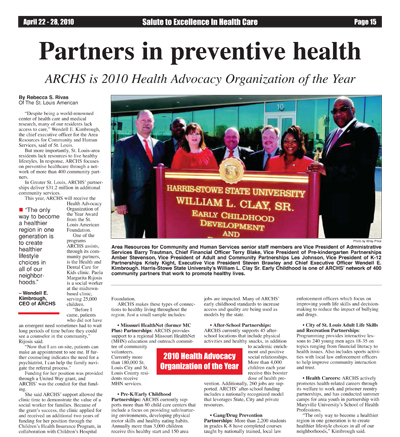 Since 1998, ARCHS has built an impressive resume. This on-line version provides an overview of the collective strategic work of ARCHS' board, staff, and funding/ program partners.

Conferences/Events: Examples of Activities Managed or Co-Sponsored by ARCHS:

Internships: ARCHS has partnered with the following institutions to provide internships:

Research & Evaluation: ARCHS has participated in research/evaluation projects with the following institutions: